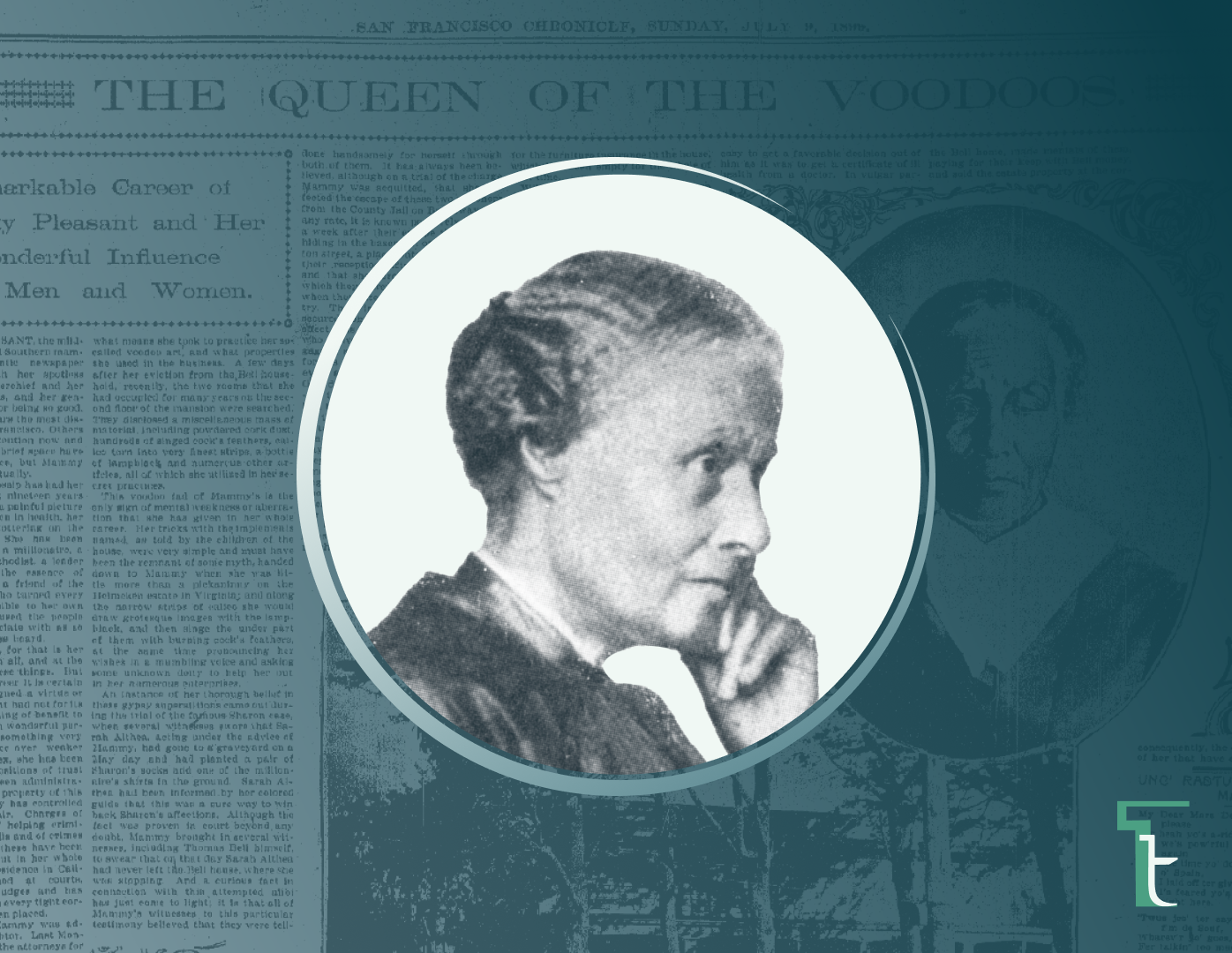 Mary Ellen Pleasant, African American woman and self-made millionaire, used her fortune to fight slavery, then tragically lost it because of a lack of estate planning.

When it comes to Black American heroes that fought to help slaves escape to freedom in the north and for the elimination of slavery altogether, the names of brave individuals like Harriet Tubman and Frederick Douglass are ones that many recognize and that often top a Google search on the subject.

There are of course many other Black Americans that fought for this cause, but probably none with as unique a backstory as that of Mary Ellen Pleasant, one of the first African American female self-made millionaires in the U.S., who used her wealth to fund abolitionist causes, and who ultimately lost her fortune because of a lack of estate planning.

Making the most of it

Born in 1814, Pleasant was sent at a young age to live with a white family as a domestic servant in Nantucket, Mass. There she learned to read and write, and worked in a shop, but she never had a formal education.

Full of ambition, she considered servant work as temporary and treated her life in a wealthy New England home as a kind of finishing school, studying the men and women whom she served.*

Learn More: Lessons from the Plans of the Rich and Famous

Pleasant married twice. Her first husband died sometime in the 1840s, leaving her a considerable inheritance. Her second marriage was to John Pleasant, whom she met in New Bedford, Mass., a destination on the Underground Railroad, where she used her wealth to help transport slaves to freedom in northern states and Canada.**

In 1852 at age 38, Pleasant moved to San Francisco, heeding the call of the California Gold Rush where blacks were free to seek their fortune on the West Coast. There she found work as a cook serving wealthy businessmen. Dismissive of an African-American woman in their midst, Pleasant used her proximity to eavesdrop on white, wealthy men and learn of valuable investing tips.**

Pleasant invested much of her salary and her inheritance in real estate and other opportunities she overheard, including gold and silver mines. Her portfolio grew to include shares in various businesses, such as dairies, laundries, boarding houses, restaurants, and Wells Fargo Bank.*

As her fortune and standing in San Francisco society grew, Pleasant remained active in supporting abolitionist and civil rights efforts. She found jobs and housing for slaves who escaped via the Underground Railroad, she publicly sued two streetcar companies for racial discrimination, and she sent $30,000 ($850,000 in today’s dollars) to abolitionist John Brown to fund his 1859 raid on the federal arsenal at Harper’s Ferry, an attempt to kick off a larger armed slave revolt in the south.**

Amassing a fortune like this was not easy for a woman in the 19th century, let alone a black woman. California was a free state, but that doesn’t mean there wasn’t discrimination. Pleasant circumvented that obstacle by forming a decades-long business partnership with a white bank clerk named Thomas Bell, whose name the pair used in many of their business dealings.

The partnership made them both extremely wealthy, but it ultimately led to Pleasant’s demise. After Bell’s death in 1892, his widow sued Pleasant for control of their shared multimillion-dollar fortune. With much of Pleasant’s portfolio, including a mansion she designed and had built, held in Bell’s name, she lost the legal battle because she could not prove what of the fortune was hers alone.*

As a result, she lost most of her wealth and was evicted from her San Francisco mansion. Pleasant was plunged into poverty, living with friends until she died in 1904 at 90 years old.**

Pleasant had the business smarts and moxie to amass a vast amount of wealth, but she forgot to plan for her legacy. Working with her partner Bell, each of them should have put a will in place to take care of the other when one passed. Or had they consulted an attorney on succession planning, perhaps an ownership titling strategy could have been pursued that avoided having everything in Bell’s name.

Freedom fighter, civil rights activist, entrepreneur…these words all accurately describe Mary Ellen Pleasant. But sadly, so does victim…a victim of poor estate planning. As a trusted Financial Advisor, you need to protect your clients and their families from the anguish of inadequate legacy planning. That’s where Trucendent comes in.

Trucendent is an estate planning platform built for advisors, helping you identify clients that can benefit from a trust and connect them with great estate planners from our vetted attorney network. Trucendent can also help you pair clients and beneficiaries with one of our independent corporate trustee partners that excel at trust administration and insist that you as advisor are the best person to manage the assets.

Help your clients plan for their legacy now with Trucendent. Grow your assets under management with an estate planning solution that helps you build trust with clients and maintain a relationship with the next generation.

** Mary Ellen Pleasant, one of the first black self-made millionaires, used an ingenious trick to build her fortune, cnbc.com, February 2020

Everyone leaves a legacy.
Have you planned yours?